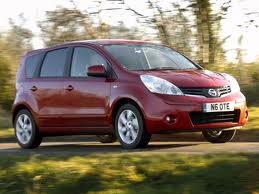 The Equivalent of Money

The Equivalent of Money

Someone manifested another car!

Emma in Sweden writes:
For about a fortnight, I have been thinking how much I would like to have a car of my own. I don’t need one; the public transport here is fine and I’ve managed that perfectly. If I need a car, I ask to borrow Steven’s and he’s always very good and hands over the keys, but I feel bad about it. So after we moved to our house (which is another 123 story!!) I have been looking at cars on the road and wondering what, and how I could buy one. I said to Steven that it’s not enough to get enough money for the car, there is also insurance, petrol etc… so, how is that going to happen?

We do our manifesting together every morning for 15 minutes. Mine begins with a new car. But I’ve had trouble with it! What kind of a car? Big? Small? Colour?? So it didn’t feel right. Then I opened your book and you mentioned something about that red car. Oh! That sounds good! I want a red car. So now I visualize my future where I roll into my driveway in a red car.

Then I looked at red cars and didn’t like them! Noooo, not quite a red car……. hmmm….. We were driving this Monday and passed a car that caught my eye. That’s a nice car! Yes, agreed Steven. It’s a Nissan Note, that’s easy to remember, we laughed. When I got home, I looked on the internet for a Nissan Note for sale in my town. I found one. Red. Hmmm….. then I looked at the other pictures of it, inside and out and could not believe my eyes. I loved it. I called Steven and he looked at the pictures with me. Very nice car, he said. Good price. Impatiently I tugged at his sleeve and said: AND? Can’t you see it has my name on it? This is going to be my car! I can feel it in my gut, I just know it. But how?

I pointed out one picture of the back side…. the license plate was EHS. My initials and S, for Steven – as he’s in my movie too! He really laughed with me! So, how was I going to get this car? I opened your book again and read about your conversation with the out of body author, William Buhlman. He discussed the thoughts forming like clouds in the non-physical realm and the more you think, the stronger the images get. OK, I’m going to bring out my secret weapon.

Manifesting on Tuesday morning: I was now very clear about what kind of a car I was driving: the Red Nissan Note. In my mind I formed the image in the clouds, from a weak whisper to a stronger cloud. Once the outlines were there, I brought out my weapon. I imagined a long, white feather. I stroked the cloud shape and painted it red, so it was more solid, it looked like it was ready to be “born” and looked like my Nissan. Am I cheating??? The following day, Wednesday, I did it again. Later in the day Thursday I looked for it on the web, phew, it was still there of course, it was mine.

I was supposed to start a new painting on Thursday but nothing was right, so I put my paints down and went for a walk. On the way back, I picked up my mail and there was a letter from the UK. I opened the letter and was lost for words.

It was from the Pension Service in UK. They had agreed to pay my pension to Sweden backdated a year with a regular monthly sum. The amount was way over what I needed for the car and then the monthly payments would more than take care of the upkeep. I didn’t jump up and down and scream, I was dumbfounded!

When Steven got home, he thought something terrible had happened as I was in shock. “I’m getting that car!” I said, just amazed. I called the car shop and made an appointment this morning, saw the car and I signed on the dotted line! I will get it next week, once I have sorted the transfers and they clean it, just for me. So there…. ha ha ha!

Thank you! Now I’m using my weapon every morning!!

It’s not always about the money.

Emma purchased one of the first 10 books sold, three of which sold overseas. It has been a thrill to hear all that she has been bringing into her life.In this story it focused on the car, a red one. (Yes, there have been other car successes recently.) The problem was how to pay and continue to maintain the car of her dreams.

As it says in the book, she went to her future and imagined herself in precisely the car she wanted. Apparently it was waiting for her in the ads, but how to pay for it? Emma didn’t dwell on the how but she took her visualizing further, using a feather to shape and color it in. Did she cheat? Of course not – she was magnifying her intention and aiding her visualization. Brilliant, and she got results!

The money for purchase AND maintenance just appeared unexpectedly as if by magic. She didn’t have to work the extra job or win a lottery. Call it the equivalent of money. It spends like money and comes every month, without any additional effort on Emma’s part.

Let Manifesting 123 work for you!

Ken’s book is simple, to the point and, compared to others I have read, the easiest manifesting book to use. He took me on an elegant, successful journey.

Of all the Law of Attraction books, films etc. that I’ve tried, this works the best and the quickest.

I could not slow down and take a break when reading this book. It’s a page turner.

Thank you Ken. An interesting new angle to approach the law of attraction from. I highly recommend this book.

The closest thing to a magic wand you will ever get! Through this insightful and EASY book I have manifested a perfect location for my workshops, great parking places, more clientele for my business and more money. Ken’s method is so simple and fun. It helps one to embody the most important quality for manifesting anything….Gratitude. Thank you, Ken Elliott. I am SO GRATEFUL you have written this book!