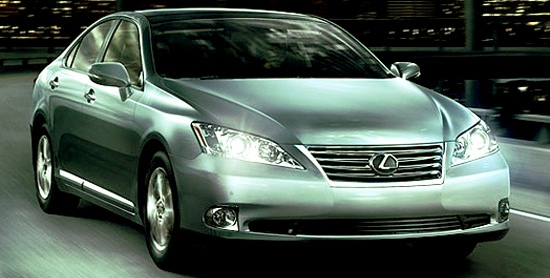 A couple of years back, my good friend W had a big problem. She purchased a wonderful home, decorated it beautifully and settled in. She is a realtor, was doing pretty well and now that the house was squared away, she thought about getting a better car – a must for driving prospective buyers around. Her present car was just hanging on and it was time to move quickly. Besides, it was very important to have a more reliable care and to project more successful image.

Yes, in this newsletter there have been an inordinate number of cars manifested lately, but stay with me….So far so good. Her budget didn’t allow a new car, but a great, used car would do just fine, so she decided to start looking.

But then this terrible thing happened. It was coming from the basement and it smelled awful. The smell told her to call a plumber to come by and investigate. A pipe had burst under the solid concrete basement floor. There was no way to fix the problem except by tearing up the concrete and finding the broken pipe underneath. It was going to cost about $7000 to correct the disaster and it was getting worse by the day.

There goes the new car right down the drain. By the way, her present car was having real problems of it’s own. She let someone borrow it, the person had an accident and totaled the car. What a catastrophe, but at least the driver of her car was OK. There would be some insurance money coming in but not enough to get a proper new car and fix the basement problem. Ouch!

Soon after, W. and two of her friends came over to talk about manifesting. They brought the dinner, we had fun just talking and then we got down to business. I went through the manifesting ideas with all three and at the end of the evening I said, “All I want to do is set you on fire.” I wished them well and they all went home to bed.

That night, each woke suddenly at 3am and had an amazing experience. Sorry, but I’ll write up those experiences in another newsletter. For now I’ll tell you that morning something profound happened to each one. It was not just one of those things…

W was inspired by the experience. She had worked on manifesting her desires and this plumbing problem was very much in the way. So that same morning she called the builder of her home. W. didn’t buy this home new, she was the second buyer and so the house was out of warranty, but she called anyway. As it turns out, she was connected to a person with real authority and since he was in the area, he came right over to see what the problem was.

After a quick look, the builder’s representative declared that they would repair the problem at no charge. This builder would not allow a flaw like this to go forward and possibly spoil the firms reputation.

The plumbing was fixed and in a couple of days W. found her perfect used car. She drove it over and I thought it was brand new! It was a beautiful Lexus sedan at a price that was just perfect. W. is a good friend and works my neighborhood, giving me numerous opportunities to see her driving her ideal car. I chuckle every time this story comes to mind… from you know what to shineola!

It all comes together, but not the way you might plan it.

What a story. What a mess in the basement with a car wreck piled on. What back luck, but W went to work manifesting and not only did she have a remarkable event that woke her up that night (I promise more of that story later) but in the morning her solution was at hand. Just the right person was at the builder’s office to take the call and it set everything into motion. All the problems vanished and she was left with all the money necessary to get what she wanted in the first place, the perfect car. It’s the one in the photo at the top.

It was all in the asking, then going forward to make that call….

Got a story to pass on? We’d love to hear more!
Ken

Upcoming internet radio interviews, workshops and lectures in Denver, Salt Lake and Georgia are posted on the website event page. Plans are in the works for more workshops in Vancouver and elsewhere to be announced. Contact Ken about a workshop with your group or in your area.

Do you have your own story to share? Please send it in via the contact form. You will be kept anonymous but your encouraging story will wrap the world.

I LOVE your stories….so empowering to know you can use the science of manifesting through intention. Brilliant.

I have known about visualizing our way to a higher, improved and happier life, but I was never very good and would just give up on it after a short time. Then Ken Elliott taught me his Manifesting 1,2,3! Ken makes it easy. You stick with it and magic happens! You won’t believe the results!

Your book is the best I have read, and I do read this subject. Simple, covers all the bases with humour and clarity. Great job! Great resource and I thought I was ‘done’–not quite it seems, so thanks.

Emily and Ted (see their story)Canada

This is brilliant! Ken not only learned about manifesting, he changed his own life using the techniques you will learn here. The simple and profound gift of this book could only come from a masterful ability to teach what took him many years to learn. Begin changing your life today.