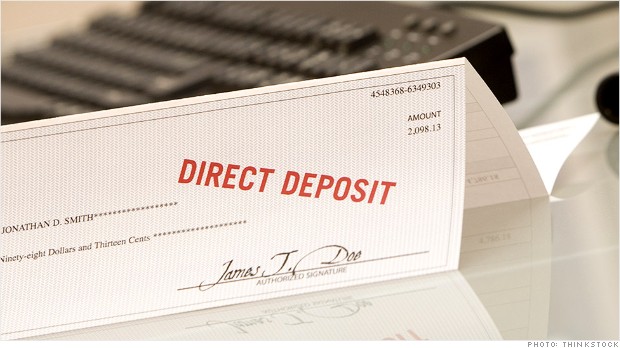 Manifesting the New House and No Debt: part 1

From L :  Ken had just recently introduced me to the process of creating my “movie” and I was excited to begin.  Something I had been hoping for was a new house – bigger, and friendly neighbors that had kids the same age as my kids.  I had a real simple goal without much detail or any specific expectations other than to just to be in a home anywhere other than where we were now.

The timing couldn’t have been worse. We were right in the middle of the real estate market meltdown and our neighborhood, a planned suburban community of high-density, tract style homes had been really hard hit. Foreclosed homes were everywhere in our neighborhood. Once abandoned, it didn’t take long for those homes to show visible signs of decay and disrepair which in turn brought down the value of all the homes in the community. To add insult to injury, it seemed like all of our surrounding neighbors had succumbed to being “mentally foreclosed upon.” Lawns started looking shabby, garages were being turned into storage units for piles and piles of stationary junk, and driveways and curbs were overflowing with cars creating more of a parking lot look than a nice family neighborhood with wide open streets.  It was like a train wreck in slow motion that you just couldn’t avoid watching, and we were stuck in it.

Then one night my husband came home from work and announced, “Honey, it’s time to sell the house.” He learned the city would be funding a project to widen the road behind our home to four lanes. Then they would erect an 8 foot high sound proof barrier wall made of concrete! This of course was to help mitigate the excessive traffic noise we would begin to experience, but once the road was widened, but it would also make our backyard look very different. Okay, I was definitely in full panic mode as I had no idea, given all of these circumstances, how in the heck were we going to sell our home in a depressed market and get enough equity out of it to buy something bigger.

We sat down with pen, paper and calculator to “run the numbers.” The long and short of it was we needed to first pay off the $10,000 debt we accrued in order to upgrade and remodel our kitchen and master bath. So that night after putting my four year old to bed, I laid beside him while he nodded off and in the quiet peacefulness of the moment, I began to create my very first manifesting movie. In my movie I envisioned myself sitting at my computer at work, and as I often do, opening up my bank’s webpage to check our bank balance. There on the page under the “actual balance” column I pictured the nice round sum of $10,000. That was it. Nothing fancy and nothing complicated. Now in retrospect, I probably should have added another couple thousand to my balance so there would be some money left over after the debt was paid, but hey, I was new to this whole manifesting movie thing. $10k was just a nice round number, pleasant to look at and easy to visualize. So I did this every night without fail and I often found myself smiling as a huge sense of relief would wash over me that we could pay off our debt. I was really in that movie – heart and soul – and it felt good to be there too!

On a Thursday evening about 12 days into my $10k bank balance movie, as I like to call it, my husband handed me one of those bank deposit receipts. With a big smile on his face he told me he had finally closed the client he had been working on for almost a year. The commission from the sale had been much more than he originally anticipated. I looked at the deposit slip and it said $9,150. Woo Hoo! Now we only needed $850 to pay off our debt.

The next day at work was a Friday pay day and the first week of the month. That’s when about a half a dozen bills hit our account, including the mortgage, I opened up my bank account’s web page to check our bank balance and there it was. Under the column for actual balance it read: $10,000.52.  I just about fell out of my chair!  We had the amount we needed to pay off the debt and that was BEFORE my paycheck was to be deposited later that day. I jumped up out of my chair and leapt for joy. It worked…it really worked!

The realtor we contracted with told us our home was the best looking one on the block, and given the improvements we had done to the kitchen and the master bath, she said we would draw a lot of foot traffic. However, given the current market/economy, it was doubtful we would get our full asking price: $15,000 higher than what other homes in our neighborhood were currently being appraised for.

Okay, so it was time for a brand new movie and I was ready for the challenge!

In the next newsletter: How they sold their house for full price in a bad market and buying the new home at below market price.

This is a long story so it will continue next week. It clearly illustrates how a seemingly impossible situation can come together perfectly. So far, so good!
Ken

Got a story to pass on? We’d love to hear more!

Notes:Next Denver workshop:
Saturday, Nov 30, 10-4 in Ken’s home.  RegisterRecent radio interviews:
Come at Get it Radio with hosts Wayne and Kelly
November 2013
Two hours of Manifesting 123 in detail. Ken discusses how he learned thought is real. Each time he sent something in thought, his gifted friends would see it form up on the other side – in spirit. From this amazing start with marvelous teachers, Ken and his friends learned how to manifest good things in their lives. This is new and important information, simply explained. A caller explains how she used the Manifesting 123 techniques to quickly find the money necessary to move from California and start a new life and career in Colorado. Did anyone say Las Vegas?
listen / download

Upcoming internet radio interviews, workshops and lectures in Denver, Salt Lake and Georgia are posted on the website event page.

Contact Ken about a workshop with your group or in your area.

Do you have your own story to share? Please send it in via the contact form. You will be kept anonymous but your encouraging story will wrap the world.

Great book on Manifesting, Revolutionary new information on Manifesting using the Law of Attraction. I found the techniques very easy to use and I’ve been getting results. I recommend this book to everyone.