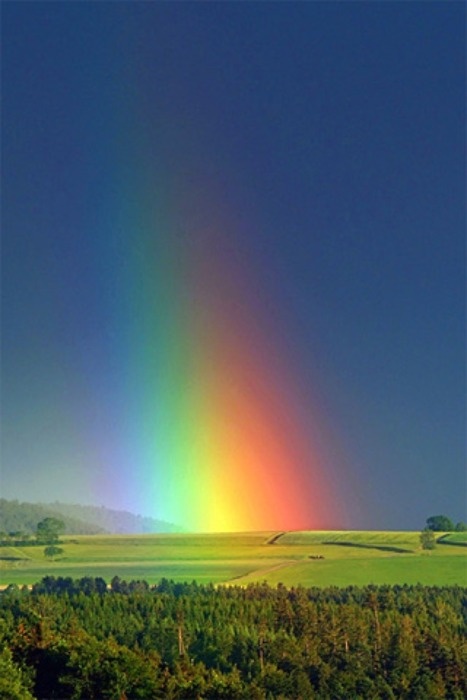 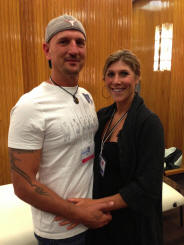 “I LOVED your talk and am so amazed and inspired by the miracles you make everyday!! I am SO VERY excited to read your book and tell the world about it!

On my fb page now. 🙂 I will keep in touch and my mom, Julie and I might try and set a time for you to come to Omaha!

Lots of love and light to you!! THANK YOU AGAIN for your life changing words!”

About the Test  (told by Ken)

I met Rod and Kayla at Joe Crane’s Children of Life Conference in Kansas City, July 2013. Right after my presentation, Rod came over to me and said he was going to send something in thought to Kayla. I was a little alarmed because I pointed out to people in my lecture that manifesting with thought may not happen instantly. At times that is the case but I didn’t want to raise expectations. Rod told me he had put the Manifesting 123 experience to the test, he had decided to send something in thought to Kayla. He told her what he had done and that he had sent her a confirming text message describing the object he had sent. He told her not to look at his text message and they would wait for a result.

Well that didn’t take long. Within a couple of hours Kayla was relaxing during the lunch break and had slipped off her shoes. She noticed a rainbow sticker on the bottom of her shoe. We all attending a conference were a lot of fun stickers were handed out, so it wasn’t unusual to see stickers everywhere. She told Ron, “Look, there’s a rainbow on the bottom of my shoe. Rob replied, “Check your text message.” When Kayla looked at the text it said one word, rainbow.

Manifesting 1,2,3 has worked like nothing else I’ve tried before. My “movies” and my life are getting better and better. I cannot begin to tell you how grateful I am to you for bringing Manifesting 1,2,3 into being.

I could not slow down and take a break when reading this book. It’s a page turner.

The author’s technique is “The Secret” on steroids!

Great book on Manifesting, Revolutionary new information on Manifesting using the Law of Attraction. I found the techniques very easy to use and I’ve been getting results. I recommend this book to everyone.

I totally love this book! I have read many books on the Law of Attraction, but Ken explains it in easy, simple steps that I am now using on a daily basis and seeing results! He knows how to use manifestation and shares it with the world.

Ken is an engaging, personable speaker with terrific stories that illustrate just how simple and straightforward it is to create. Do not miss him when he speaks. Invest in your life, please. Buy Ken’s book.

I am writing with much gratitude for being in my life and enriching it with your book. My “future” life is much clearer now. I’m happy, healthy, smiling and there are many people to share it with. As a result, my “future,” perfect life has slipped into my present life quite a bit.